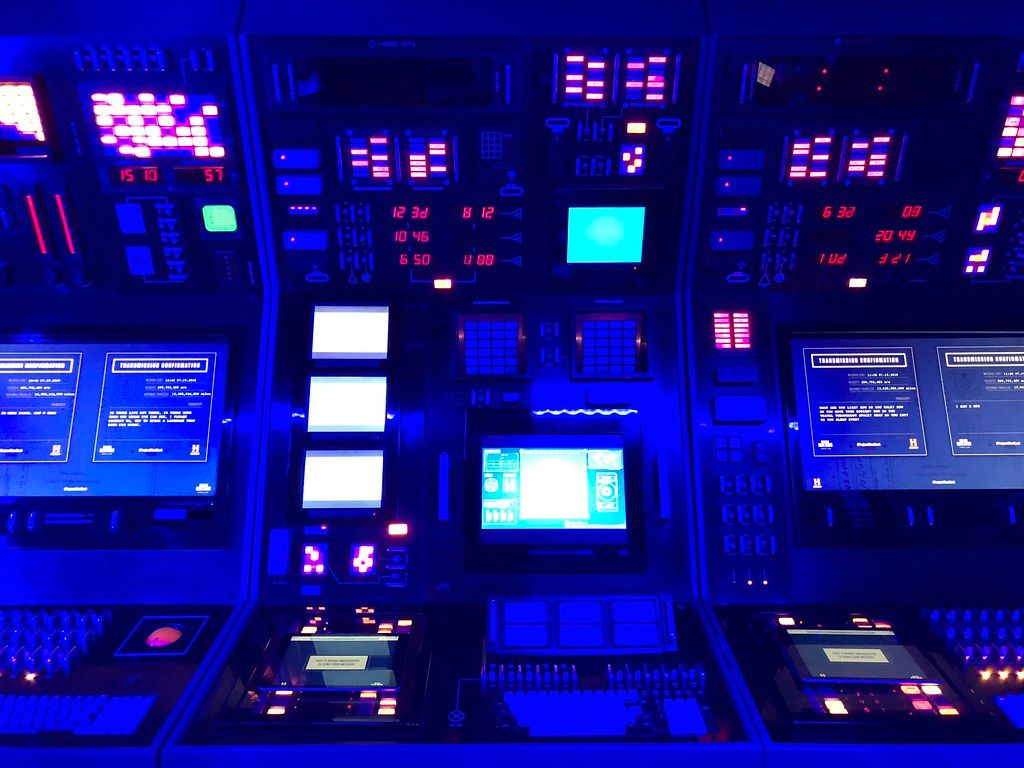 Pantaga Station is your typical, outer-belt orbital. It’s since surpassed its designated service life, but because of its proximity to a local hyperspace waypoint, it keeps trucking along. It’s a good place to transfer cargo or to pick up a less-than-legitimate job with a high payout. The downside is that it’s like any smuggler’s den, and carries all the risks that come with the job. Sometimes, that means leaving in a hurry. Here are ten steps to ensure that you can make a quick departure.

Step 1: When you get the call from Captain Welch that the meet has gone sideways and that someone is shooting at your away team, it’s your job to help make sure that they arrive back in one piece.

Pull up the station map, and cross check it with your team’s locator beacons. Look at the pedestrian traffic flow on the Ring, and tell them where to go. They’re going to pay more attention to the people shooting at them than you, so give them clear, precise directions. Don’t pick a fancy escape route: time is of the essence, and the less time they spend being chased, the better. Get them back to the ship, and even if you can’t leave right away, it’s better to be on safe ground than out on the station. Spaceship hatches take a long time to burn through.

Step 2: Enter the original authentication protocols issued with your Nova Class 536-C freighter. This will allow you to bypass any post-purchase protocols that have been added over the years and will prompt the ship to start up its original engine startup procedures, meaning you can skip all but the most essential systems needed for proper operation. The authentication process will run a systems check to ensure that all systems will start correctly.

Step 3: Send an alert to the freighter’s medic, Sam. He’s still on the ship: he has a case of agoraphobia, so he's never on a station away team, even though he’s big enough to be useful as pretend muscle. Let him know that the deal went bad and that shots are fired. No, you don’t know if anyone’s been shot or wounded, because they’re more interested in running away than reporting back. Get the hospital suite activated, and prepare for possible gunshot wounds or laser burns. When you’ve done that, make sure that the crap that Kelvin left in the hallway is out of the way, because someone is going to trip over it when they rush in.

Step 4: Inform Pantaga Station Docking Control that you are preparing for an immediate departure. Send along your data packet that includes the ship’s registry information, docking port number, and associated clearances from station facilities. Check to make sure that you’ve cleared the ship’s account with Station Services, including, but not limited to: Fuel and Maintenance Ops, Life Support resupply, and your local cargo union representative. Clearance from the station is contingent on a 0-credit balance in the best of circumstances. It's more important than you'd think: the station's accountants have a lot of sway.

Step 5: When the ship has completed its initial authentication and systems check, begin the reactor startup. This will take two minutes for that system to complete its dedicated self-check, and will bring the reactor up to operating temperature.

Step 6: While waiting for the reactor to warm, test-fire each docking thruster with a .02 PSI burst. This will clear any condensation and blockages from the thruster nozzles, but the bursts won’t be a strong enough to move the ship. Ensure that each are in working order, and reset for a push-off burst when all systems are clear.

Step 7: When the reactor reaches its operating temp, set engines to standby mode, which will get them warmed and ready for immediate departure. Look down the control board and ensure that the following systems are green: life support, fuel load, engine temp, thruster temp, navigation control. The following systems are acceptable to begin at yellow stage: defensive laser, cargo clamps, exterior airlocks, crew restraints.

Step 8: Wake up Jamie, the crew chief, and tell her to get to the cargo bay airlock. The armory is on the way from her cabin: she’ll grab a weapon on the way down. She’ll know to open the airlock door, and where to stand to cover the incoming team that’s running down the access corridor.

There are still people chasing them. Go back into the station's system control mainframe and activate the fire suppressant system in AC-Section 23, 24, and 25. Wait until your crew mates have cleared those sections: the FSS will flood those sections with neon gas to prevent fires: it’ll also stop anyone without a breathing mask.

Don’t rely on locator beacons for an accurate head-count. Jamie will be the first to put eyes on your companions, assess the situation, and will close the airlock hatch when they’re all through. Don’t ask why only three people have come back on the ship’s intercom. Don’t ask why Welch’s tracker is sitting motionless at the end of the access corridor. You know what happened. The rest of the crew needs to be focused on departure.

Wait until the airlock door confirms that it’s secure before initiating engine start. Tell the crew to lock down their gear before you take off. The chain of command is clear: in the event that the ship’s captain is incapacitated, command falls to the next in line: you, the XO. You’ll sort out the details when you’re all safe.

Step 9: Release the docking clamps before you separate from the station you’re attached to. Port Control authorities will bill you for any damage, and you’ve already lost enough on this job today.

Step 10: Take a headcount, stow the cargo, and figure out where the next best place to sell off this cargo might be.

Transfer Orbit Fiction My phone pings, rousing me out of my light sleep. I sigh and pick myself up from where I was lying in the driver’s seat of my battered pickup truck. The sun hasn’t appeared over the eastern mountains just yet, but the overcast sky has
A soldier contends with the toll of war on a distant planet
A neighborhood is fed up with a new problem that they face: free-range velociraptors