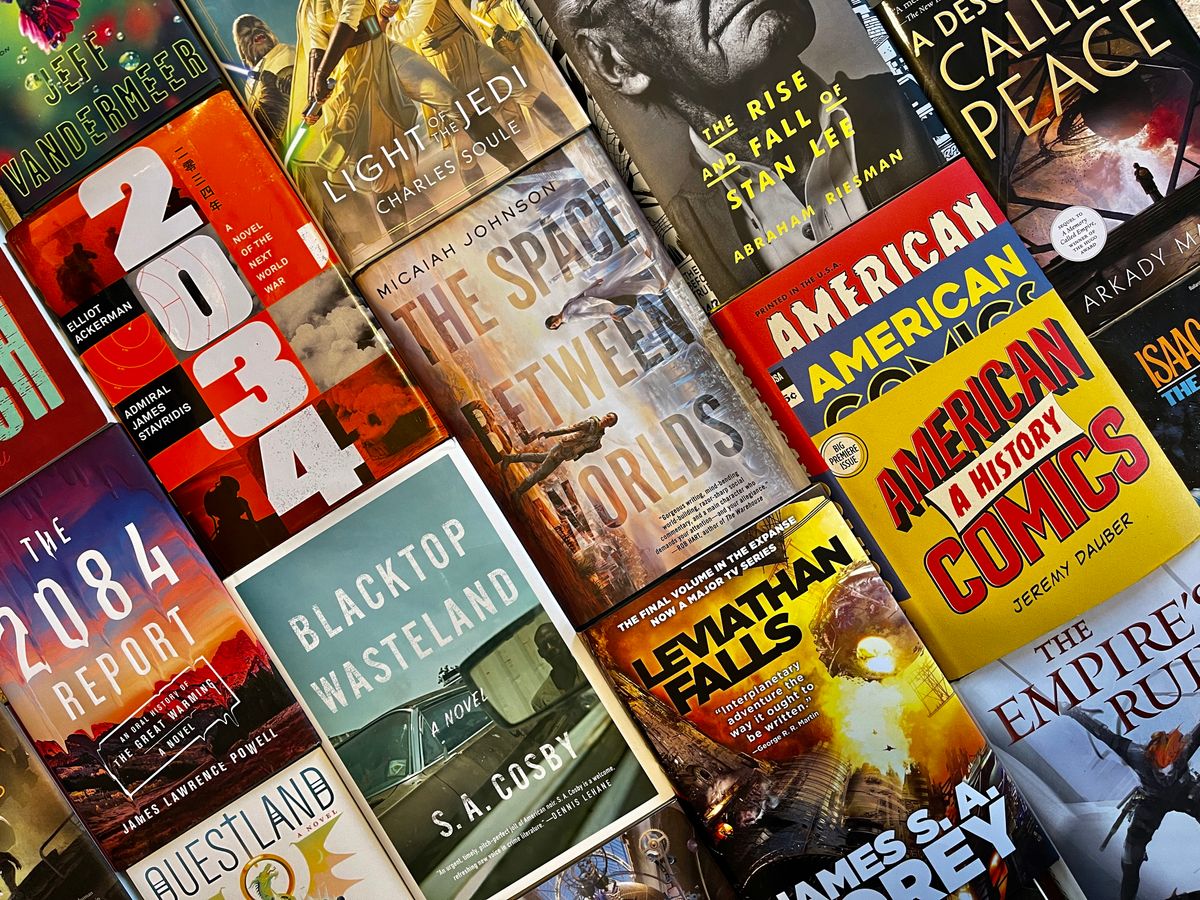 As has been an annual tradition on my blog and here on Transfer Orbit, I've been tracking what I've been reading. My goal the last couple of years has been to hit 52, and by god, I made it this year, something that hasn't happened since 2018, when I hit 74 books. I only hit 42 in 2019, and 44 in 2020, so it's nice to finally hit that elusive goal.

Here's the lists from the last couple of years:

What's the secret? As always, just carving out time and muscling through distractions. In 2018, I made a conscious decision to read for 45-60 minutes a day in the morning, after the kids went off to school and before I logged into work. It feels like there's been more distractions in the last couple of years, and where I might spend 10-15 minutes before bed reading, I might just scroll through Twitter or Instagram, something I really am trying to stop doing.

My goal for 2022? Same as before: 52 books. I'm hoping to make more time in the mornings to read, and I bought a nice brass bedside lamp to help me read before bed. Hopefully that'll help me chug through the ever-growing pile of books that I'd like to read.

As noted before, I'm gunning for 52 books again in 2022... starting with some of the holdovers from 2021 that I didn't quite get to. What are you hoping to read this year?

A podcast, a streaming service, and a look at the making of a classic film I hope that you’ve had a good week. I’ve spent the last couple of days playing with a power washer — my house is now free of a decent layer of grime and dust.
Essential reads from a bleak year
Hello! It’s hard to believe that it’s September already. Time flies when you’re… stuck at home and time has no meaning, I guess? I’ve been in a bit of a reading rut in recent weeks, but one book that I’ve been enjoying is The Human